“I am pleased to announce the appointment of Corey Simon to lead our state’s community service efforts as CEO of Volunteer Florida,” said Governor DeSantis. “He’s been a leader on the football field and in the community and I look forward to the agency’s continued success under his leadership.”

Corey Simon
Simon, of Tallahassee, is a former professional football player and current president of the Big Bend Pop Warner football league. He attended high school in Pompano Beach before attending Florida State University on a football scholarship where he was a consensus All-American his senior year and helped the Seminoles to the 1999 BCS National Championship. The Philadelphia Eagles then selected Simon with the 6th overall pick in the 2000 NFL Draft. He would go on to amass 246 career tackles, 32 sacks and 9 forced fumbles over eight seasons with Philadelphia, Indianapolis and Tennessee. Following his time in the NFL, he shifted his focus to philanthropic work and started Corey’s Kids, an organization which focused on mentoring children in North Florida’s foster care system. He has also partnered with Big Bend Community Based Care for mentoring and coached high school football at Maclay School while being actively involved with Engage Church in Tallahassee. Simon earned his bachelor’s degree in information studies from Florida State University.

To watch the announcement from the Governor with Corey Simon click the image below or click HERE. 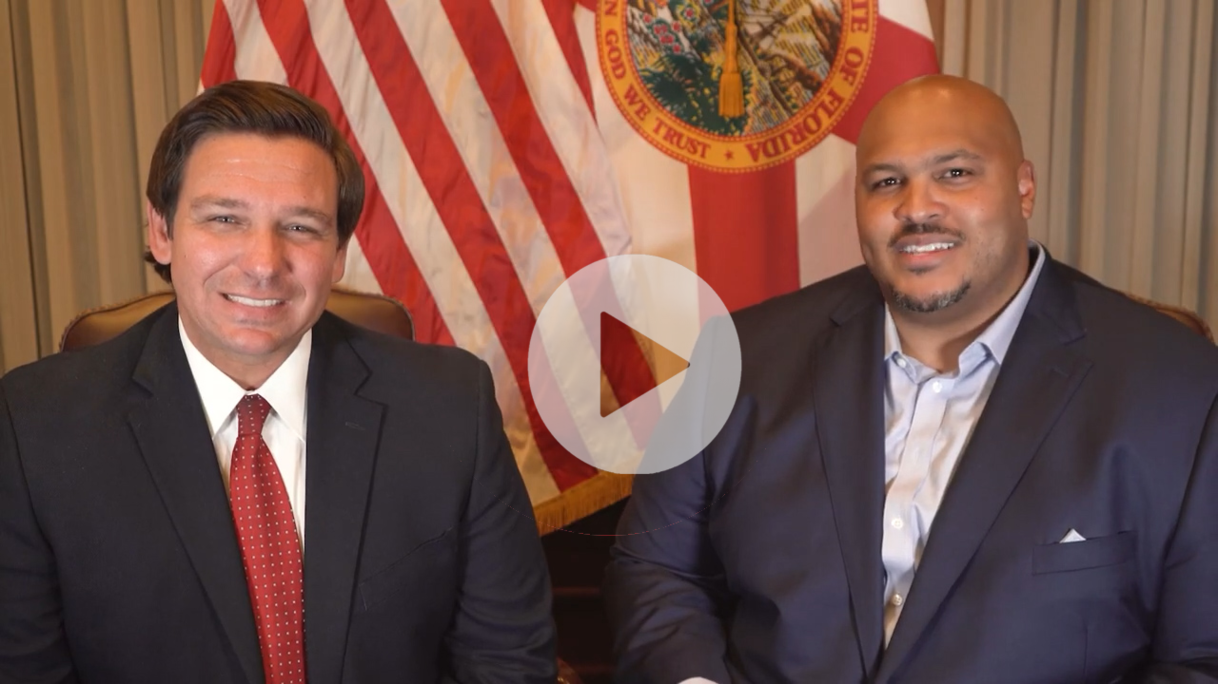