Volunteer Florida CEO Chester Spellman said, “It is an honor to present three Floridians with the Champion of Service Award for their service to those in need not only in Florida, but across the nation. Leah and Kervens Toussaint have turned heartbreaking loss into opportunities to serve others, showing an extraordinary compassion and dedication to families in the Broward community. Kayla Abramowitz has shown a tremendous commitment to vulnerable families in children’s hospitals in Florida and across the nation, proving herself as an impressive young service leader. We are inspired by these Champions’ shared commitment to service.”

About the Champions of Service:

Champion of Service: Kayla Abramowitz
Kayla Abramowitz is the Founder and CKO (Chief Kid Officer) of “Kayla Cares 4 Kids,” a non-profit organization that collects education and entertainment items to donate to children’s hospitals. Kayla, now 13 years old, launched Kayla Cares 4 Kids following her own and her brother Ethan’s extended hospital stays due to chronic illness. When she launched the project in 2013, Kayla’s original goal was to collect 100 DVDs to donate to Nicklaus Children’s Hospital in Miami. Since its inception, Kayla Cares 4 Kids has collected and delivered over 9,500 books, DVDs, game consoles, video games, and arts and crafts to 81 children’s hospitals and related facilities in all 50 states & Washington, D.C.  Among numerous other awards, Kayla recently competed against 2,000 student businesses at the U.S. Chamber of Commerce’s Small Business Summit in Washington D.C., winning the national competition. Kayla is an 8th grader at Watson B. Duncan Middle School in Palm Beach Gardens. 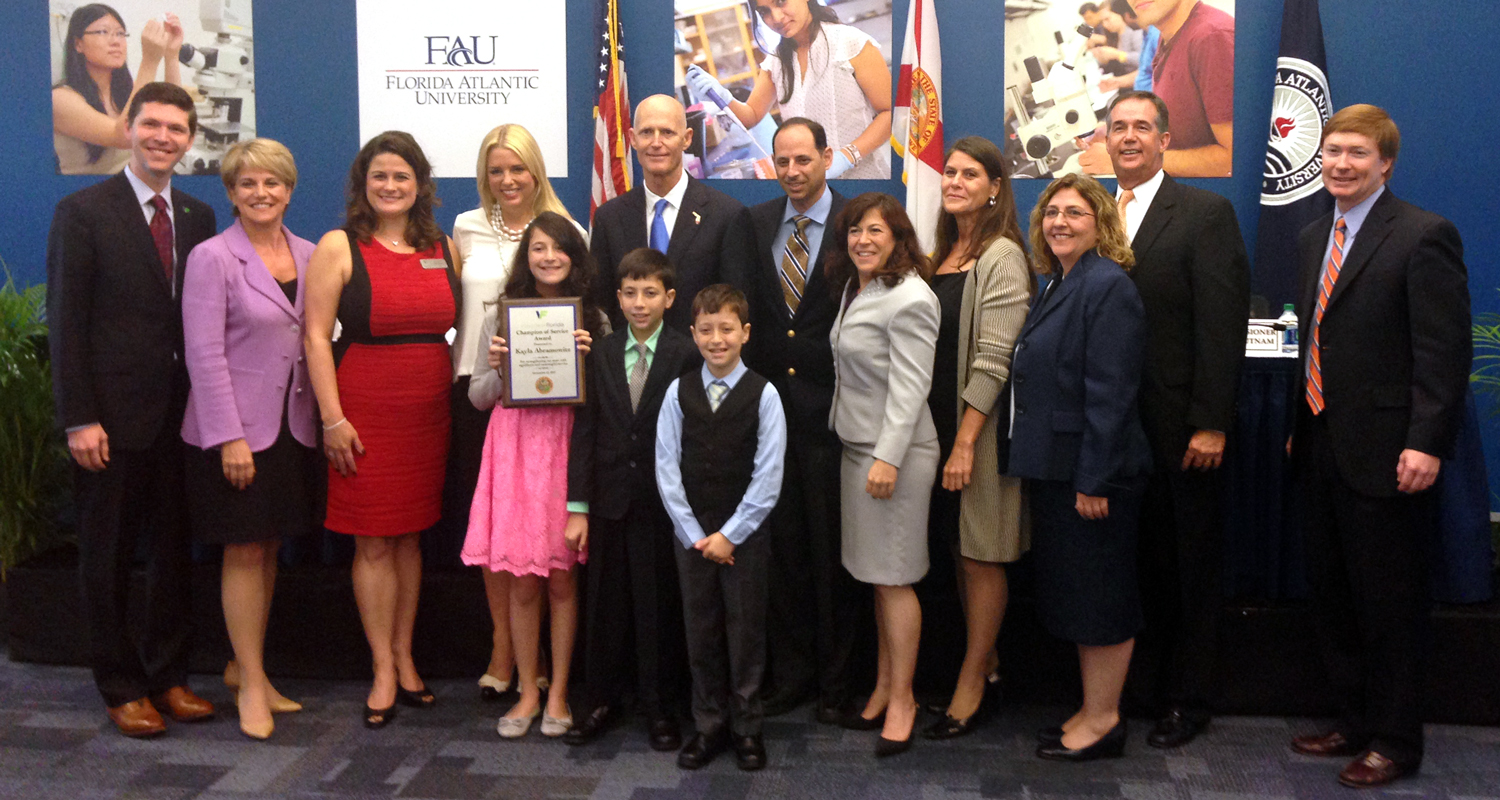 Champion of Service: Leah and Kervens Toussaint
Leah and Kervens Toussaint came to Healthy Mothers, Healthy Babies of Broward County(HMHB) following the loss of their first child in 2010.  HMHB provides grief support to families who have lost a child in the first year of life. Since 2010, Leah and Kervens tragically laid four children to rest due to late term stillbirths. After receiving support from HMHB, Leah and Kervens trained to become bereavement support volunteers so that they could provide support and healing to other families who have experienced a loss.  Last year, Kervens left a career in the corporate sector to begin a new journey serving with the Healthy Mothers, Healthy Babies Fatherhood Mentorship Program, which focuses on increasing the involvement of fathers in their children’s lives. The Fatherhood Mentorship Program provides parenting education and support, as well as case management resources such as employment support, legal aid services, and more. 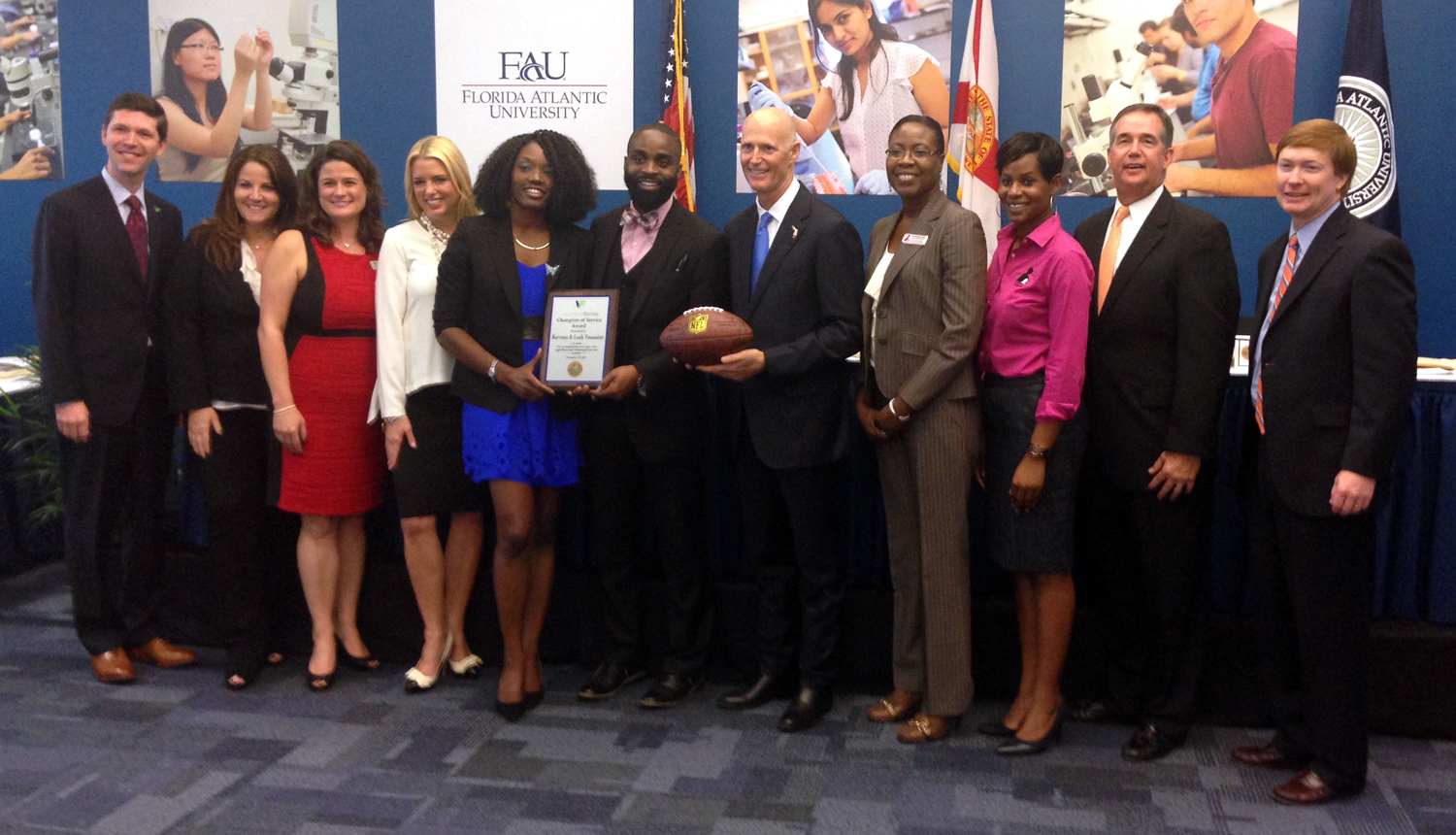